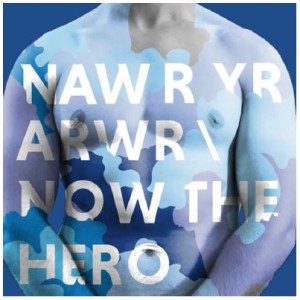 In an immersive two and half hour production, Rees will work with a stellar creative team to bring to life the epic poem ‘Y Gododdin/The Gododdin’, through a new immersive requiem scored by Jóhann Jóhannsson (The Theory of Everything, Arrival), in collaboration with budding Welsh composer Owen Morgan Roberts, with a libretto by Welsh writer Owen Sheers (Mametz, The Passion) and sung by Polyphony, Stephen Layton’s world famous, twice Grammy nominated choir.

This ambitious project will be a highlight in Wales of the programme for the final year of 14-18 NOW, the UK’s arts programme for the First World War centenary. Nawr Yr Arwr/Now The Hero will take place within and around the Guildhall/Brangwyn Hall complex against the proactive backdrop of The British Empire Panels by Sir Frank Brangwyn RA (1867-1956), as the opening event of the 2018 Swansea International Festival.

Marc Rees said “Over the past number of years, I’ve discovered time and again that works of culture and creativity can open up not just buildings that have been closed for years but also communities. Now the Hero/Nawr YrArwr reflects Swansea’s rich history and sheds light on a somewhat neglected series of paintings with a tragic message in what promises to be a truly unique immersive experience. I can think of no better way to mark the final year of 14-18 NOW than to create a defining Welsh production, in poignant commemoration.”

Minister for Culture, Tourism and Sport, Lord Elis-Thomas, said: “I’m delighted that the Welsh Government has been able to support Nawr Yr Arwr/Now the Hero – which will bring together periods of our history against this splendid backdrop. I’m sure we’ll see a thought provoking production which will generate strong emotions and be a fitting tribute to those Welsh people whose sacrifice is justly remembered by us all. The project is a significant event in the Welsh Government’s commemorative efforts for 2018, and momentum is building up in advance of our focus this year on the Armistice and the end of the War. Following the decision on the UK City of Culture 2021, I’m delighted that Swansea is launching such an ambitious project which shows that the energy, confidence and passion, which were so evident during the bid, are continuing.”

Brangwyn’s idyllic fantastical landscape conceals a historical tragedy and the panels are a WWI memorial of great significance. This has inspired Marc Rees to create an epic, large scale site specific performance intertwining stories of conflict via a military offensive, a raucous wedding party, a protest dance and an ancient wake. Nawr Yr Arwr/Now the Hero explores stories of battle from three distinct periods of Welsh history; a medieval warrior, a World War One Private and a contemporary solider and counterpoints this telling with a sense of hope via a protagonist played by the formidable Welsh performer Eddie Ladd.

The contemporary solider will be played by David Williams, a Swansea-raised Captain of 2nd Battalion The Rifles. He has served in Afghanistan, Gabon, South Sudan and Iraq and studies at the Royal Military Academy Sandhurst. In January 2018, Williams left the military and plans to retrain as a therapist and powerlifting instructor whilst becoming involved in the art community of Swansea.

The British Empire Panels, by artist Sir Frank Brangwyn, were commissioned by the House of Lords to commemorate World War One but were deemed ‘too colourful and lively’ to be appropriate. With Brangwyn’s paternal Welsh connections, the city of Swansea offered a home for these remarkable pieces of art and they have formed the focal point of The Brangwyn Hall since 1934.

‘Y Gododdin/The Gododdin’ written by Aneurin in AD 600 is one of the oldest surviving Welsh works of poetry. The epic poem tells of the battle for Catraeth, in which almost 300 Celtic Warriors were killed. The poem was a major influence on the long poem ‘In Parenthesis’ by David Jones which reflected on the carnage he witness in World War One. Owen Sheers has cited the poem as inspiration for his previous work, ‘Pink Mist’.

Jenny Waldman, Director of 14-18 NOW, said: “We are delighted to be working with Marc Rees on this new commission for our final season. Marc has brought together an outstanding creative team to connect audiences of all ages with the extraordinary heritage of Brangwyn Hall and what it represents. This powerful work will bring to life the profound impact of the First World War in Wales.”

Nawr Yr Arwr/Now The Hero is part of the Swansea International Festival and Visit Wales’ Year of the Sea. It has been part funded via the Visit Wales Tourism Product Innovation Fund.

Nawr Yr Arwr/Now The Hero is commissioned by 14-18 NOW, the UK’s arts programme for the First World War centenary, with support from the National Lottery through the Heritage Lottery Fund and from the Department for Digital, Culture, Media and Sport. The show is being produced by Taliesin Arts Centre and Swansea University with the generous support of Swansea Council, Swansea International Festival, Arts Council of Wales, Welsh Government and the Colwinston Charitable Trust. The project is also funded via the Welsh Government’s Tourism Product Innovation Fund which aims to encourage new innovative product ideas working in partnership which will have a greater impact and attract more visitors to Wales.