News>Other>Nationwide vigils to remember The Somme

Nationwide vigils to remember The Somme 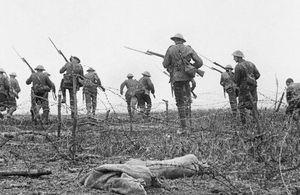 Government announces events across the UK to commemorate the Somme Centenary

The UK will hold overnight public vigils across the country to mark the centenary of the Battle of the Somme, the Culture Secretary John Whittingdale announced today.

The national vigil will be held at Westminster Abbey on 30 June and there will also be vigils in Scotland, Wales and Northern Ireland so as many people as possible can come together and remember those lost at the Somme.

A National Commemorative Service will also take place at Manchester Cathedral on 1 July 2016 and will be followed by a people’s procession through Manchester to Heaton Park. The event will close with live performances of music, spoken word and dance, featuring the Hallé Orchestra.

“We must never forget the scale of what happened at the Somme. More died on the first day of battle than any other day of the First World War. Almost every family in the country was touched by the devastating losses.

I hope people of all generations up and down the country will have the chance to attend an event and honour the bravery of those who sacrificed so much.”

The overnight vigils will take place on 30 June 2016 and will be held at:

The Battle of the Somme saw over one million wounded, killed or missing on the battlefields and affected the lives of millions at home.

Other ways to get involved in commemorating the Somme centenary include:

Communities interested in projects exploring the impact of the Battle of the Somme in the trenches or on the Home Front can apply for grants from the Heritage Lottery Fund’s First World War: Then and Now £4 million fund.

Communities can also apply for funding to conserve and repair their war memorials as an act of remembrance.

“As the national custodian of Remembrance, The Royal British Legion is honoured to play a key role in the events commemorating the centenary of the Battle of the Somme. It is of huge importance that we continue to recognise the sacrifices made by the hundreds of thousands who fell during the 141 days of the Battle, and that we make our commemorations relevant and accessible to all generations. The Legion and Commonwealth War Graves Commission will be hosting daily Remembrance ceremonies at Thiepval and we will ensure the memory of those who lost their lives one hundred years ago lives on.”

“The Commonwealth War Graves Commission is delighted to be working with our partners in the UK government and the Royal British Legion to support a series of activities that will mark the entire 141 days of the Somme offensive, both in France and the UK.

With daily events at our Memorial to the Missing at Thiepval, and by encouraging the public to visit our cemeteries throughout the Somme region, supported by rich online content and at our sites, we hope to deliver a fitting tribute to those who died, but also encourage ever greater numbers of the public to visit, to learn and to remember.”

“IWM is pleased to join the nation-wide commemorations for the centenary of the Battle of the Somme and will open its doors to all who wish to mark this, overnight. IWM was originally established while the First World War was still being fought to remember those who lived, fought, died and survived in the conflict. A century later, we continue to do just that and encourage as many people as possible to join us.”