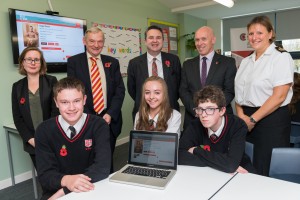 Wales at War has been funded by the Armed Forces Community Covenant, the Heritage Lottery Fund (HLF) and the Department for Education and Skills in Welsh Government. The project is led by the National Library of Wales, in partnership with the Royal Navy and schools in Wales. The project has also benefitted from working closely with a range of partners, including the Armed Forces, the Royal Commission on the Ancient and Historic Monuments of Wales, the Archives and Records Council Wales and the Commonwealth War Graves Commission.

Wales at War will engage young people in Wales in activities to develop their understanding of the history of the war using digital sources. The platform includes a timeline of the First World War with a distinct Welsh flavour, a Theatres of War section depicting where Welsh Service personnel fought, and a tool to engage young people and the general public in historical research by supporting them to create biographies of the names listed on their local war memorials. The project will raise community awareness of the memorials, drawing attention to any conservation needs, and will serve as a meaningful legacy of the First World War in Wales. 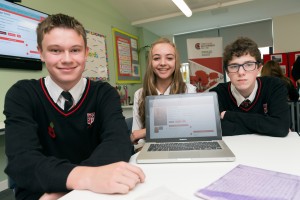 Launching the new platform, Huw Lewis AM, Minister for Education and Skills said:
“I am delighted to launch the new Wales at War platform – a project that will develop inclusive learning and encourage heritage activities as part of the commemoration of the centenary of the First World War in Wales.

“This project, which has a distinct Welsh flavour, will foster greater engagement between schools, families, community groups and military organisations, and develop a collective biography of Wales at War.”

Richard Bellamy, Head of the HLF in Wales said:
“War memorials are important physical tributes to our War heroes. As this excellent project demonstrates, there is a huge interest in marking the Centenary and exploring and sharing the heritage of the First World War, often in new and different ways. Some of these stories are thought-provoking and inspiring; some are uncomfortable and create debate. We want to encourage communities to explore these stories and I am really pleased that this project is reaching so many people.”

Dr Jonathan Hicks, Headteacher St Cyres School, military historian and author added:
“The centenary of the Great War provides us with a unique opportunity to engage young people in the commemoration by teaching them the skills to enable them to learn more about how their community was affected by this devastating conflict. The ‘Wales at War’ app and website makes the best use of the technology youngsters already use on a daily basis to develop their research and collaboration skills.”

The website is available at www.walesatwar.org and the app can be downloaded, for free, from the App Store, Google Play and through Hwb, the Welsh Government digital learning platform.

Wales at War is an important community outreach project that will foster greater collaboration between young people and communities to discover more about the impact of the war on life in Wales. By 2019, with your help, the project hopes to have collected the personal stories of the 40,000 or so Welsh men and women – soldiers, sailors, airmen, nurses and civilians – who lost their lives as part of the Welsh war effort.