The Deputy Minister for Culture, Sport and Tourism, Ken Skates, will today launch an exhibition to mark the centenary of “one of the most remarkable moments” of the First World War, the famous Christmas Truce of 1914.

The exhibition, arranged by the Royal Welch Fusiliers (RWF) Museum and partners in Germany, Belgium and France to mark the centenary of the truce, is at Bodelwyddan Castle between January 11th and April 12th and has been touring Europe since August.

Through belongings and soldiers stories the exhibition provides a personal perspective of the now famous truce of 1914.

With Welsh Government support, the exhibition has been further developed for the Welsh leg of its journey by Bodelwyddan Castle and Conwy Archive Service to include the impact of the First World War on Wales. 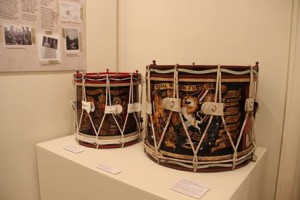 “The story of the Christmas Truce is one of the most familiar and inspiring stories of the First World War. It was a moment when the sound of war was silenced and soldiers from opposing sides laid down their weapons.

“The Welsh Government is pleased to support this fascinating exhibition and welcome it to Wales. Its successful tour of Europe demonstrates people’s desire to continue to learn about and remember this devastating war and particularly how, even in midst of such carnage, the human spirit can triumph.”

The Welsh Government is leading on Wales’ official programme of commemoration for the centenary of the First World War, Cymru’n Cofio Wales Remembers 1914-1918, working in partnership with organisations across Wales and beyond.

“We are proud to be leading Wales’ centenary programme of commemoration of the First World War and of the way the public has responded to this. It’s so important that we remember the sacrifices made for peace and freedom and the transformational affect this had on our history.”