The First Minister, Carwyn Jones, has spoken of the importance in pausing and remembering a defining moment in history as Wales prepares to mark the centenary of the beginning of the First World War. 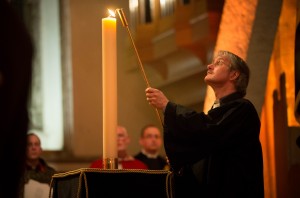 Commemorative events are taking place across the UK to mark the moment that at 11pm on the 4th August 1914, Britain went to war.

In Wales, the First Minister will join The Duke and Duchess of Gloucester and the Archbishop of Wales, The Most Reverend Dr Barry Morgan at a candlelight vigil in Llandaff Cathedral, during a service held jointly by the Welsh Government and Cardiff Council.

Earlier in the day the First Minister will be in Glasgow to attend the Commonwealth Commemorative Service, which will be attended by The Prince of Wales and Prime Minister David Cameron.

The First Minister will lay a wreath on behalf of the Welsh nation at the Glasgow Cenotaph in George Square as part of a remembrance service.

The Welsh Government will also be joining a UK-wide ‘Lights Out’ initiative, in which Welsh Government buildings, the Senedd and Cadw sites at Caernarfon Castle and Castell Coch will turn out all but one light between 10-11pm in a symbolic act of reflection. 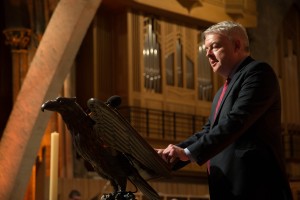 “Today marks a defining moment in our history. The events that took place following the 4th August 1914 had monumental consequences that rippled throughout our history.

“Commemorative events are happening across Wales today and they serve to ensure we never forget a moment that would have affected the lives of every person living in Wales.

“These events are about taking a moment to remember the sacrifices of ordinary men and women from communities across Wales and to remember the cost of a terrible war and the impact that has reverberated through our nation and shaped the Wales we know today.”

“It is right that we commemorate and remember those who took part in the First World War in this centenary year and always. The bravery and sacrifice of those who fought and of the communities on the home front, continues to humble all of us.”

The First Minister leads the Welsh Government’s centenary commemorations, Cymru’n Cofio Wales Remembers 1914-1918. Working with key organisations, the aim is to deliver an inclusive programme with national events and exhibitions, accompanied by community-based activities, for example researching local war memorials, together with a variety of educational projects. 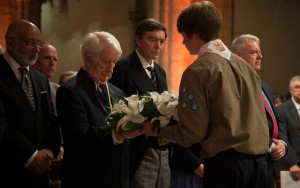 This includes an educational programme, for which every secondary school in Wales can apply for a £1,000 grant to focus on First World War commemorations.

“I am proud to lead our programme of commemoration, the aim of which is to give everyone a chance to remember this important period in our history and learn more.

“I’ve been particularly encouraged to see the enthusiasm shown by young people. By sparking an interest in the events of 1914 to1918 and their far-reaching consequences we are ensuring that the sacrifices made and lessons learnt are passed through the generations and never forgotten.”