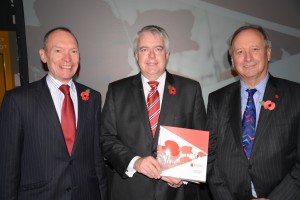 The First Minister Carwyn Jones, has officially launched the Framework Programme for Wales’ Commemoration of the First World War, Cymru’n Cofio Wales Remembers 1914-1918, and announced that £850k will made available by the Welsh Government to support the educational programme to mark the one hundredth anniversary of the conflict.

The First Minister made the announcement at the official launch of the Programme at Firing Line: Cardiff Castle Museum of the Welsh Soldier.

“The centenary of the start of the war in 1914 marks an important opportunity for us to remember all those who took part in the First World War and the transformational impact of the conflict in shaping modern Wales. There will be very few people in Wales whose lives have not been affected by the First World War’s enduring legacy, whether they are aware of it or not. That’s why we want education and community events to play a central role.”

“I want the commemoration in Wales to be inclusive, with national events and exhibitions accompanied by community-based activities. We want to reach everyone and I encourage you to visit the new Cymru’n Cofio Wales Remembers 1914-1918 website where you will find information about events, projects and funding, and signposting services relevant to activities in Wales.” 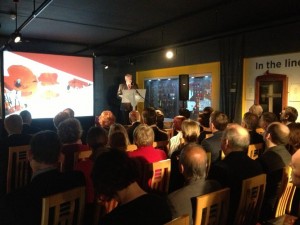 In line with the First Minister’s desire for the commemoration to have an educational legacy, the £850k will be used to produce digital educational resources and enable schools to develop a suitable programme of activities to mark the centenary.

“Making sure that young people understand the events and consequences of the conflict is a key objective for the commemoration programme. The funding we are allocating will allow the National Library of Wales to lead a major project to develop bilingual, cross-curriculum learning resources, including an innovative ‘app’ which will act as a ‘Welsh guide to the battlefields’.”

“In addition, every secondary school in Wales will receive £1,000 to develop creative and innovative projects to commemorate the war and to encourage debate and discussion. We have left it to schools to decide how best they can do this and it may be that schools will group together to undertake collaborative projects to mark the anniversary.”

Cymru’n Cofio Wales Remembers 1914-1918 will develop over the years to come and will link with the wider commemorations of the First World War that are taking place in the rest of the UK and around the World. It will be a fitting and Wales-wide commemoration, which will pay tribute to those people whose sacrifice is justly remembered by us all.

See some film coverage of the launch event here, including extracts from the First Minister and Sir Deian Hopkins speeches.