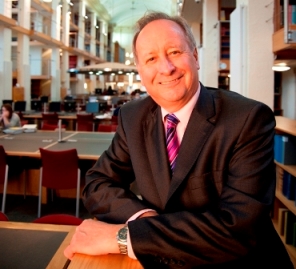 First Minister Carwyn Jones announced that he has appointed Sir Deian Hopkin as his expert advisor for commemorative activities to mark the Centenary of the First World War.
Sir Deian will advise us on how best to remember the conflict and engage with the Welsh public.

Speaking at his monthly news conference, the First Minister outlined the importance of the nation remembering the sacrifice made by those who served during the war.

“The First World War is widely seen as one of the most deadly conflicts in human history with millions of people, both military and civilian, losing their lives.  As we approach the conflict’s Centenary I personally feel it is extremely important that we remember those who died and reflect on how it changed Wales and the world forever.  We have now lost the last living link with the war as the veterans who served are no longer with us, so it is our duty to remember what they endured. Reflecting on the First World War will not only help us understand the past, but also help us to try and understand conflicts across the world today.”

“To remember this hugely significant event I am delighted to be able to announce that Sir Deian Hopkin will be taking on the role as my expert advisor for commemorative activities to mark the Centenary of the First World War.  We will see events and ceremonies within Wales and beyond and Sir Deian will advise us on how best we can remember the conflict and engage with the Welsh public.  Sir Deian Hopkin is extremely well placed for this role and will make sure we strike the right tone and give the Centenary the attention it deserves.  He is a distinguished historian of the early twentieth century and is currently President of the National Library of Wales, and therefore holds a position of authority on the history of Wales.”

Sir Deian will work with the Welsh Government to develop a programme of activities that will take place between 2014 and 2018.

“There can be few more poignant but important centenaries than the outbreak of the First World War in 1914, the consequences of which affected every family and every community in the land, but also forged huge changes in politics, society and the economy.”

“I am very pleased to be asked to assist the First Minister and his colleagues in determining the most appropriate way of marking this event so that we can gain a better understanding of its causes and the lessons we can all learn.”