This site reflects the impact that the First World War had on Wales – and the impact Wales had on the First World War. Details of how the people of Wales commemorated this important centenary through information provided by individuals, communities and organisations can be found on this website.

The Welsh Government aimed to deliver an inclusive Framework Programme with national events and exhibitions. These were accompanied by community-based activities, and educational projects and programmes. The Culture and Sport Division of Welsh Government developed the framework in consultation with the Centenary Programme Board. The Board was chaired by the First Minister’s Expert Adviser on the First World War, Professor Sir Deian Hopkin and had representatives from relevant organisations. 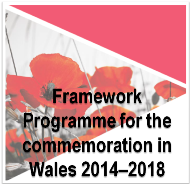 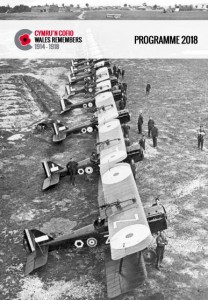 For sources of information about the commemoration click here.

If you prefer to contact us via e-mail, please e-mail us on cymruncofio-walesrem@gov.wales

Why is commemoration important?

Over 15 million people died in the First World War, and another 20 million suffered injuries that often impaired the rest of their lives. In Wales few families did not have a relation killed or wounded in the conflict.

The war was an unforeseen disaster that followed a period of increasing rivalry and mistrust between nations. While its most deeply-felt impact was the loss of human life, it had other far-reaching effects. It altered the balance of power in the world with the fall of great European empires and a shift of economic power to the United States.  Within Britain, too, there were significant political changes and the role of the state became more prominent in the lives of individual citizens.

The war left the countries that took part in it impoverished. At the end of the war Germany was near starvation, while Britain was almost bankrupt and never regained its pre-war assurance. In some countries extreme political movements gained power and another world war followed just over twenty years later.

The Great War started as a regional conflict but grew into a global war with almost all the nations of Europe and many countries beyond becoming involved, from the Americas to the Far East.

The sheer scale of the conflict and its enormous consequences makes it vitally important that we try to understand the causes and impact of the First World War and, during the centennial period, reflect on the great sacrifices made by individuals and communities. It is from studying such events that we may perhaps learn how they may best be avoided in future.